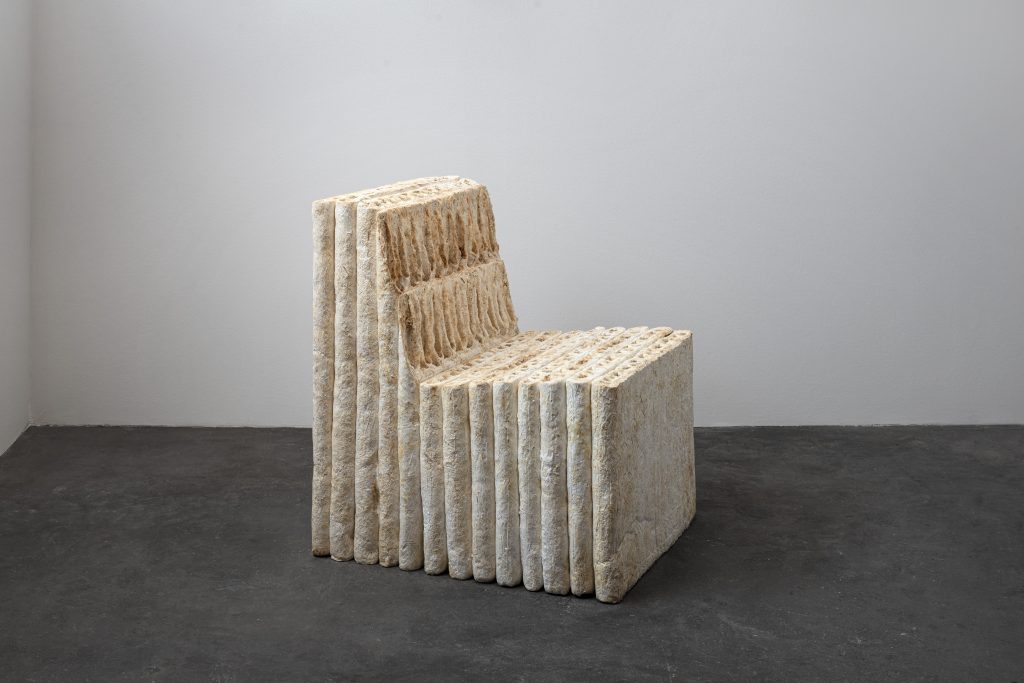 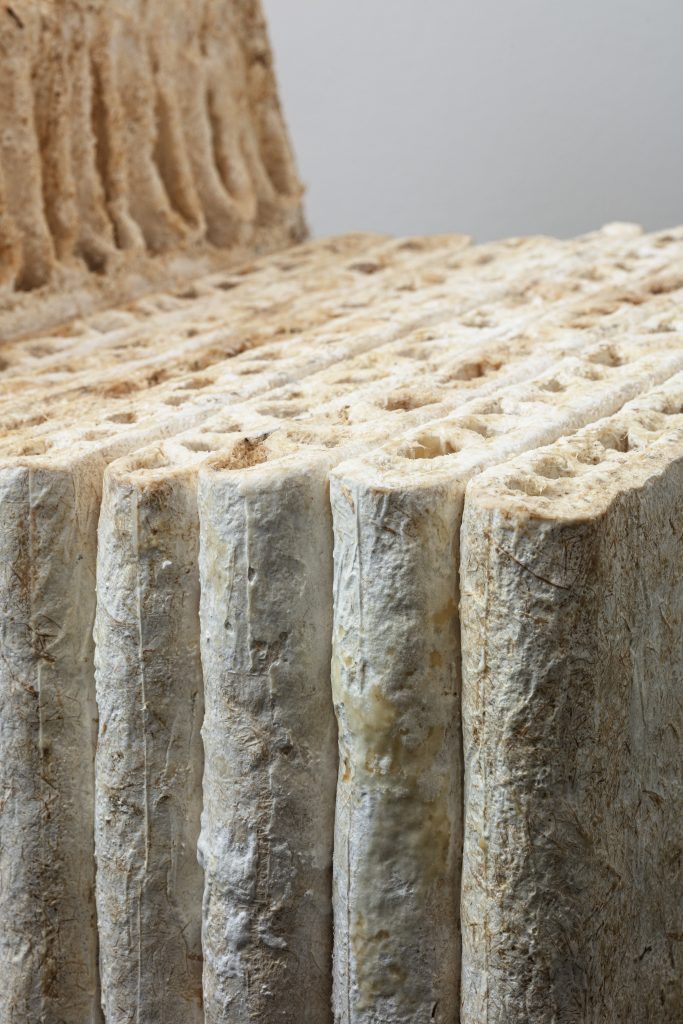 Mushroom mycelium and hemp fibers combined are the fundamentals of the MYX Chair. Composed out of homegrown material the chair is made from several layers of hemp and mycelium fiber matts, molded and folded into shape, and then grown into a solid shape.

Jonas Edvard’s MYX Chair is made from mushroom mycelium (the root structure of mushrooms) and hemp fibres produced in a natural but controlled way. The rootlike structure of the mushroom is grown in between layers of hemp fibres, to create an organic composite that is both strong, lightweight and requires no additional energy during production. The mushroom feeds on the natural source of cellulose and the components of the fibres glues the structure of materials together, into a solid form – the MYX Chair. The construction of the chair is made from several layers of hemp fibre matts, moulded and folded in shape to create a laminated board with a corrugated structure, which is then grown into a solid shape to create a lightweight and strong chair. The production time is approximately three to six weeks and will last you for as long as nature intends.

With respect, devotion and admiration of nature, Jonas Edvard investigates the complex relationship between raw material and human life. With an experimental approach to the design process, he creates experiments which lead to new design materials and objects, made from local or organic raw materials. His work is often rooted in a circular and sustainable approach, designing not only for the function of man, but also for the relevance of nature. By using a living organism to shape the design process, Edvard wants to investigate our role in a co-species production of design and materials and the underlying question of our relationship with nature as a symbiose.

Edvard’s work is characterized by a research into the development of a new design materials. And repositioning the material into a functional shape, while continuously discussing the implementation and use of designed objects and how we as humans understand the value and aesthetics of natural origins.