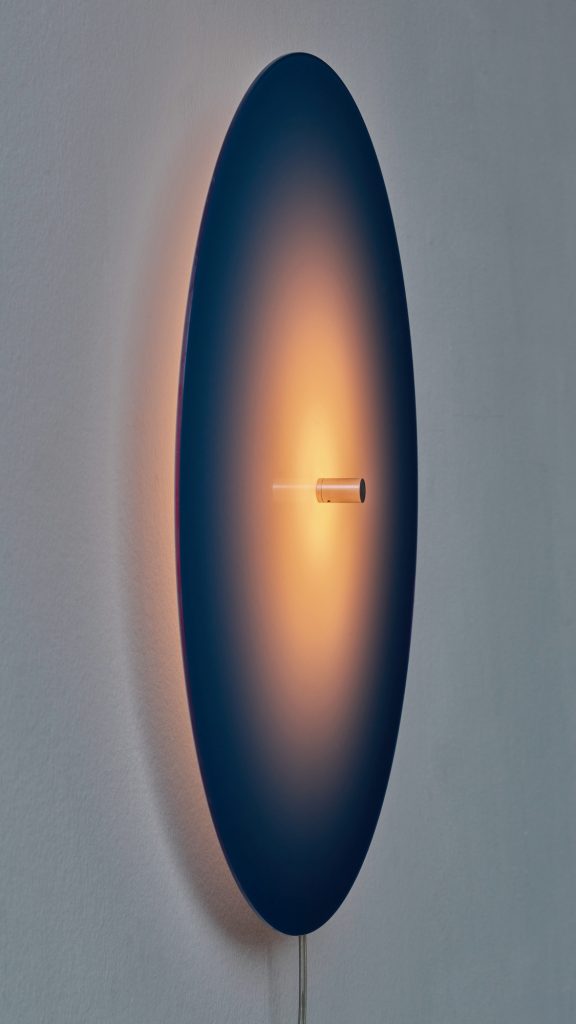 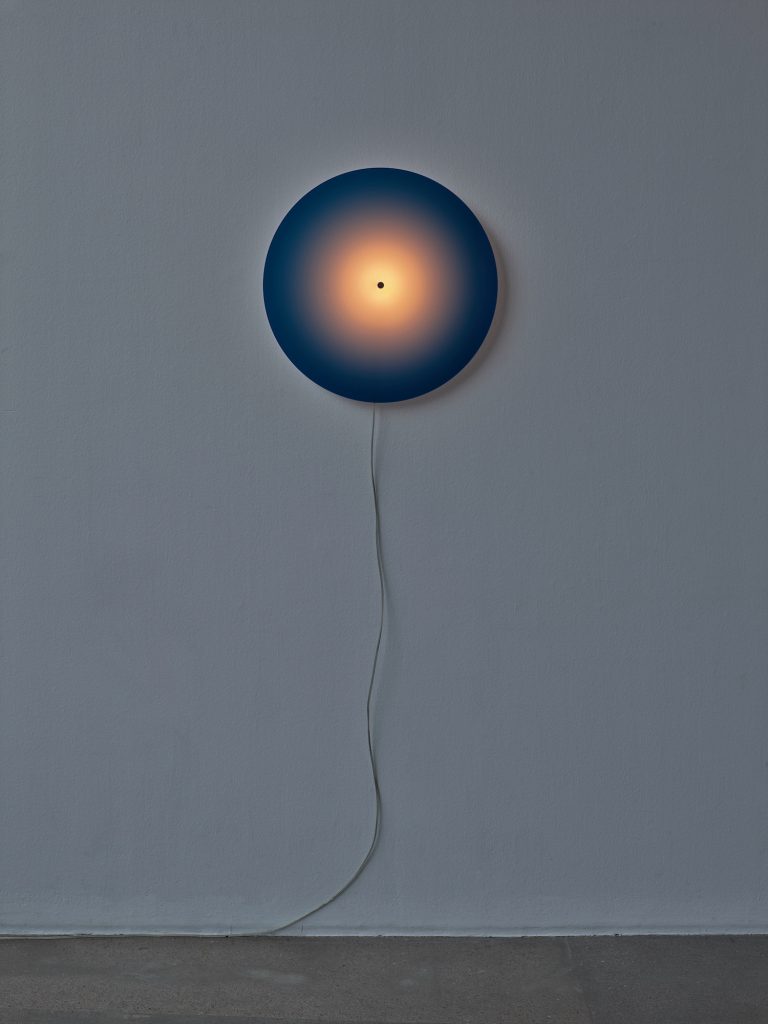 Explore the piece in ar:

Visit the page on a mobile device to see the piece in augmented reality. In your home or wherever you are!

Through a simple yet sensual form, the Ombre Light presents the unique duality of illumination. A functional light source is placed centrally behind an ombre glass pane in a gradient from light to dark blue. Reminiscent of clouds filtering sunlight, the resulting illumination taps into our bodies’ own sensory reactions to light and shadow.

The Ombre Light by architect and designer Mette Schelde utilises both visual cues and tactile functionality to create a light source that interacts with its user. Inspired by the softened light created as a cloud passes over the sun, the LED light source is placed in the center of a large circular piece of glass. Printed directly onto the rear of the glass, a soft gradient of blue radiates out, from a central light blue to a deep blue at its edge. The strength of illumination can be changed by rotating the cylinder at the centre of the light. The simplicity of the Ombre Light expresses both function and a sensual connection to light through the transition of the work from illuminated to un-illuminated.

Mette Schelde presents experimental works grounded by an overarching functionality. Her Aarhus-based studio operates across the fields of furniture and lighting design, and architecture since its foundation in 2012. Her designs are functional and made of simple constructions in a sculptural universe. She combines traditional materials such as wood, glass and metal with sensual functions created to be used. With simple lines and compositions, she explores new methods and technologies that point both back and forth in a mixture of tradition and renewal. The process takes place across disciplines of sketching, building and testing and is driven by intuition and her written manifesto from 2016. Her background in architecture is evident during the design process, where the interaction between the object, the context and the human is an important part of her approach.