In a series of articles, The Mindcraft Project focuses on some of Denmark’s influential designers and makers seen through the eyes of UK-based design, craft and architecture writer Grant Gibson.

Tracing Steen Ipsen’s career through clay is a fascinating experience. Since graduating from the Danish School of Design in Kolding in 1990, his output has varied from doing modular, architectural pieces to his current fascination with agglomerations of ceramic ellipses finished in a glaze so flawless it looks like car paint. In between, there have been dalliances with the vessel, a period when his pieces got spiky, another when it became geometric. There are some alien-esque, pustular works, smoothly organic sculptures, and objects created from ceramic balls that are subsequently tied up as if in an S&M club. It’s a fascinating evolution from an artist one writer, rather breathlessly, compared to Johan Sebastian Bach, Picasso and Frank Lloyd Wright in a single piece.

“I have always made my work entirely by hand and that’s really important to me,” he explains, over an email conversation. (Ipsen describes himself as ‘deeply dyslexic’ and prefers to take his time answering questions.) “In the course of time, I have made work on all kinds of themes and, lately, I have been concentrating on geometric elements such as balls and ellipses. I’ve always been fascinated by patterns, by geometry. It’s not about mathematics, or the theoretical background, but about the visual aspect.”

Ipsen grew up in the provincial town of Næstved and often found himself making things. “My father was a sales manager and my mother a housewife. I grew up with two big sisters and got a lot of attention as the youngest child – and probably because I was a boy. I was rather creative in my childhood, doing knitting, weaving, printing and woodwork, instead of reading and writing.” He discovered clay while struggling to find a subject he enjoyed at technical college. “A teacher gave me a key to the clay workshop and I could use it as I wished,” he remembers. It was an epiphany. “The same teacher who had given me the key, helped me with an application to the Royal Danish Academy and I got admission to the school when I was 17 years old.”

I wonder how his dyslexia affected his education and practice. “I think I perceive the world very differently,” he says. “I see and remember things in a different way. It imprints itself deeper and more figuratively than for many other people. Life would probably have been easier without being dyslexic but it also has advantages. It allows me to work more intuitively.”

As a student he was taught to make vessels and bowls, as well as tableware. However, looking back Ipsen can see the seeds of his later work being sown. “I decorated my containers with patterns inspired by geometry… I could see many possibilities for my coming works. That time has formed the basis for my development, using geometric elements in my sculptures.” Subsequently, he became a teacher himself and ran the ceramics department at the Royal Danish Academy from 1996-2004, which he enjoyed, although you sense the administrative side of the job wore him down. “There was so much work with educational planning, budgets and finances that it was difficult to work with clay at the same time,” he explains.

And ultimately, of course, it’s clay he loves. His process is based in the studio. He doesn’t draw a piece before making it, for instance, preferring to work directly with the material. “I start by building all the elements I think I will need. Usually these are a lot of balls and ellipsoids in different sizes. Then I combine and model all these elements into a sculpture,” he tells me. “There’s a playfulness to my work and I often change direction in the modelling process until I am satisfied with the result. When the complete shape is ready, I sand it so the surface is absolutely smooth. Then I glaze, re-glaze and fire the sculpture three or four times, until it’s shining and there are no faults on the surface. For the balls and ellipses sculpture I tie lines in leather or PVC to provide contrast.”

Ipsen’s work would seem to shatter traditional perceptions of Danish ceramics and I’m intrigued to discover how he feels the field has changed since he graduated? “Throughout the 90s, ceramics in this country became more sculptural and ceramicists adopted a global outlook,” he says. “It is difficult to put geographic labels on pieces now, where one might previously say those ceramics are from England, Germany or Denmark. The artists in each country used to have their own character. Today, artists are more internationally orientated and it isn’t so easy to locate the origin of a work.”

As for the future, he’ll be exhibiting at a bunch of Danish and international art fairs in 2022 and has a major exhibition of 20 new works planned for later in the year. His ceramic evolution appears far from over. 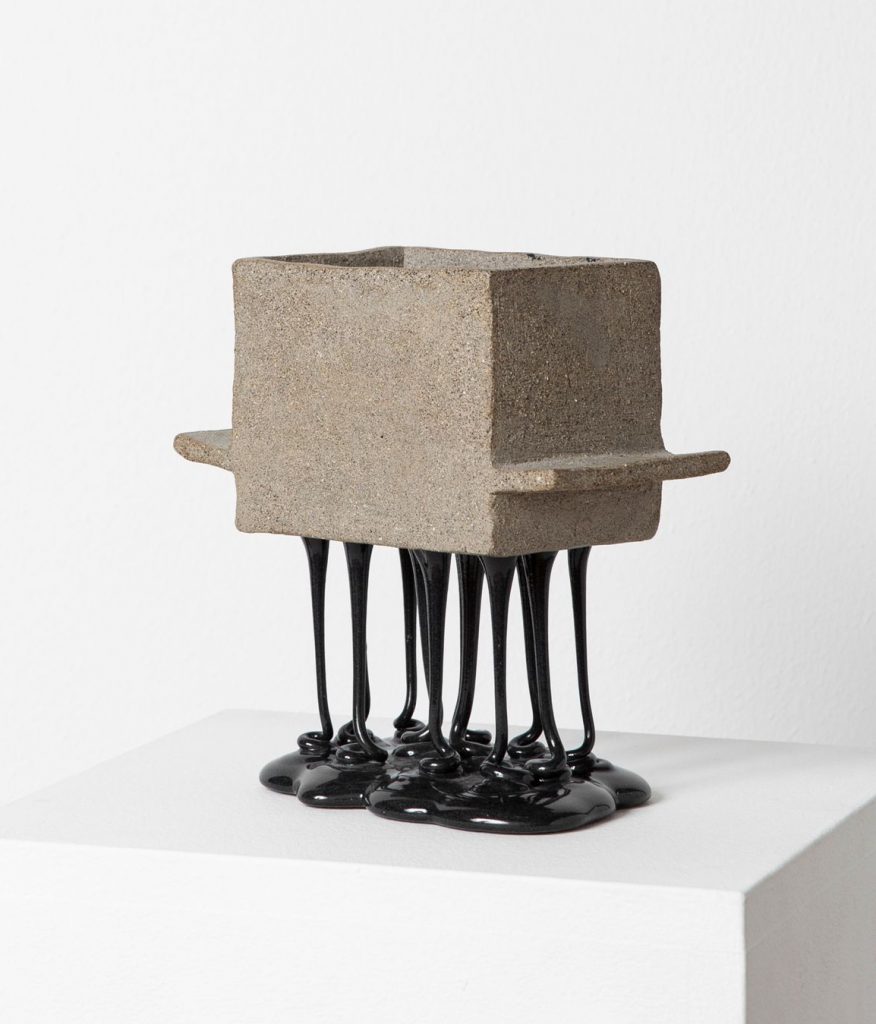 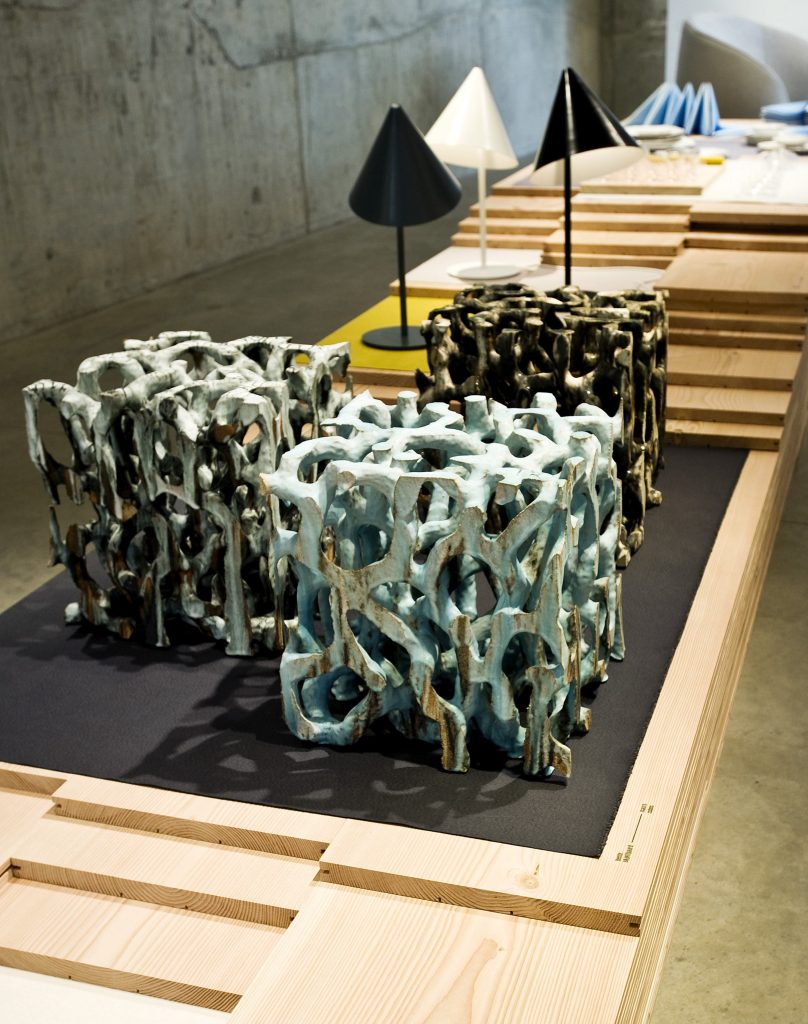 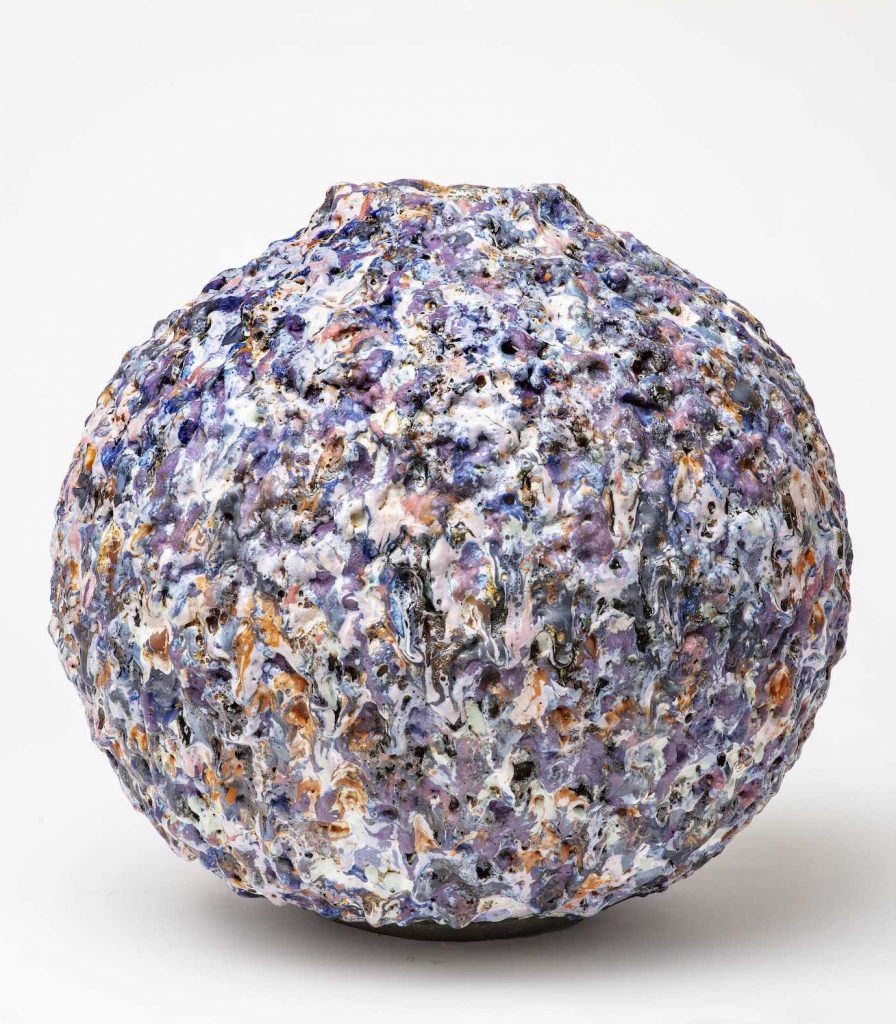 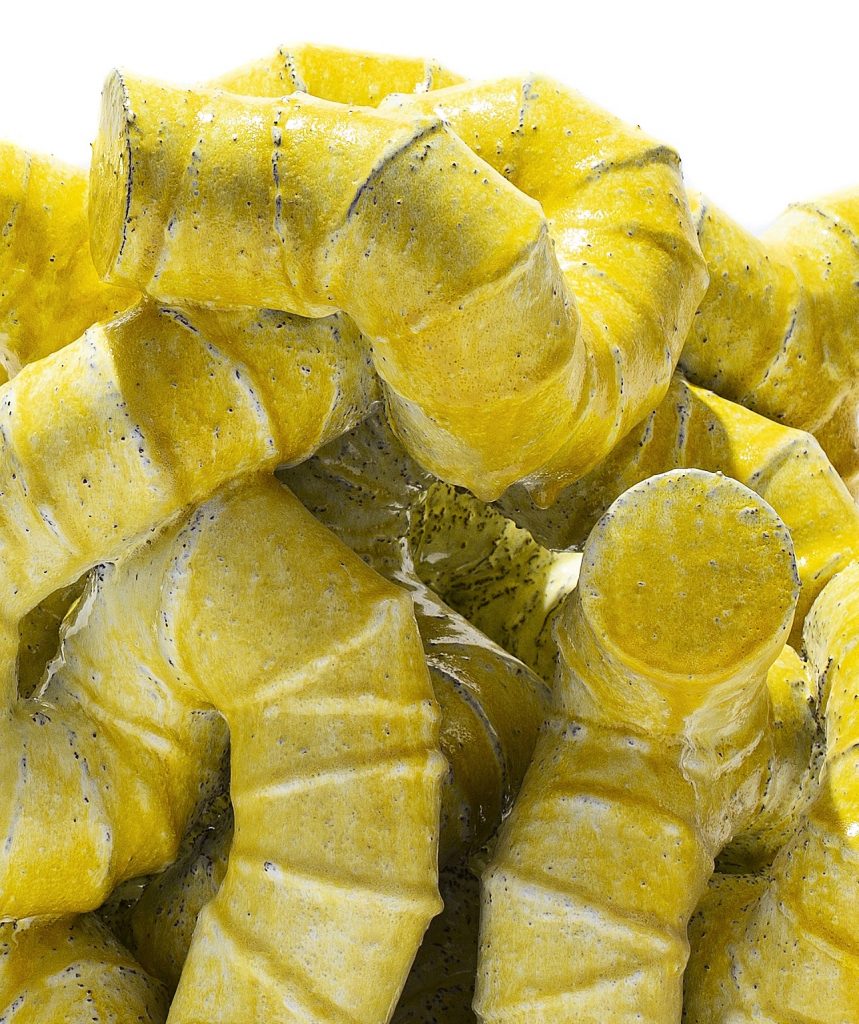