Home / Journal / Rasmus Fenhann: “I use new technologies as another tool in my toolbox”

Rasmus Fenhann: “I use new technologies as another tool in my toolbox”

The work of Danish master craftsman and designer Rasmus Fenhann expertly balances the old with the new. His training as both a craftsman and a conceptual designer has allowed his body of work to express an almost obsessive approach towards materiality – most predominantly timber. His ability to merge centuries old techniques with cutting edge technologies has pushed his work to the forefront of the Danish collectible design scene today.

Sitting on the edge of Copenhagen’s Vesterbro neighbourhood, the workshop of Rasmus Fenhann sits within one of the city’s few remaining industrial zones, not yet over-run with newly built apartment complexes. The rough nature of the site – sitting up against the railway lines leading to Copenhagen’s central station, accentuates the refined work that is produced inside; acting almost as a testament to Fenhann’s ability to turn raw material into something beautiful and poetic. Trained as a Cabinetmaker in the lineage of so many great Danish designers, it was only through combining his training with studying Furniture Design at the Royal Danish Academy, that this combination of craft and concept began to bring his unique body of work to life, as Fenhann explains;

“The aim with my studies into furniture design, was to bring the artistic level of my work to the same level as my craft… From studying the Danish golden age of furniture making, you see the work from this period shows a unique understanding of materials and how they age with beauty if the construction, the quality of materials and artistic level are all sublime… To add something new to the world, you first need to learn a lot about design history and the design process.”

Most often working alone, Fenhann approaches the journey of designing and crafting each piece as a highly personal one, with his work mirroring his fascinations in new and intriguing ways. Ebano for The Mindcraft Project 2021 is a prime example of how Fenhann’s capacity to conceptualise a stack of Ebony timber off-cuts into a monolithic centrepiece, speaks of his ability to find beauty in unexpected places. His work contains strong references to nature and mathematics, often expressing the beauty of repetition in both. This can be seen in his Sakyu Table, 2020, and Sakyu Bench, 2018, featuring a poetic wavy pattern across their tops based on the sine curve – a mathematical phenomenon also seen on the sand-dunes of the Sahara Desert. Fenhann’s love of, and training in Japanese woodworking techniques is often the ingredient that ties his various influences into a diverse yet consistent collection of crafted pieces. His work often unites his Danish training with exquisite Japanese techniques, as he defines;

“The Japanese and Danish traditional woodworking techniques are equally focused on the understanding of materials, sharing many of the same values. The difference is the level of refinement. The Japanese society has been at a very high level for a much longer time than the Danish, with generations of craftsmen refining the Japanese techniques to a fascinating level. I try to adapt the inspiration I get from Japan into my own work and create my own take on it rather than copying their techniques.”

A notable way in which Fenhann’s work is adapting these century old techniques is through the use of cutting-edge technologies such as CAD drawing and multi-axis CNC machining. These technologies allow him to build on this Japanese refinement in even more experimental ways. His ongoing series of Hikari Lamps bring together thin Elm veneer and handmade Japanese paper to form complex mathematical shapes inspired by origami. The level of detail in these works reflects the unity of his approach to combining the hand with the machine.

“I use new technologies as another tool in my toolbox. I don’t let them take over the process, utilising them only where they deliver the best result. I often use the Danish Art Workshops’ CNC machine to experiment with these techniques. These sessions have taught me a lot about combining the handcraft with technology.”

Moving forward into 2021, Fenhann is working towards a solo exhibition with long-time collaborator Galerie Maria Wettergren. The Parisian gallery has been a big supporter of his work from the early days of his career, allowing him a freedom to express a variety of influences and techniques. Whilst his last solo exhibition in 2015, entitled Japanometry, focused on work inspired by Polyhedron geometric principles, Fenhann’s latest endeavour brings together new and older pieces in dialogue. This reflective yet forward looking approach, is sure to highlight exactly what makes the work of Rasmus Fenhann so unique. 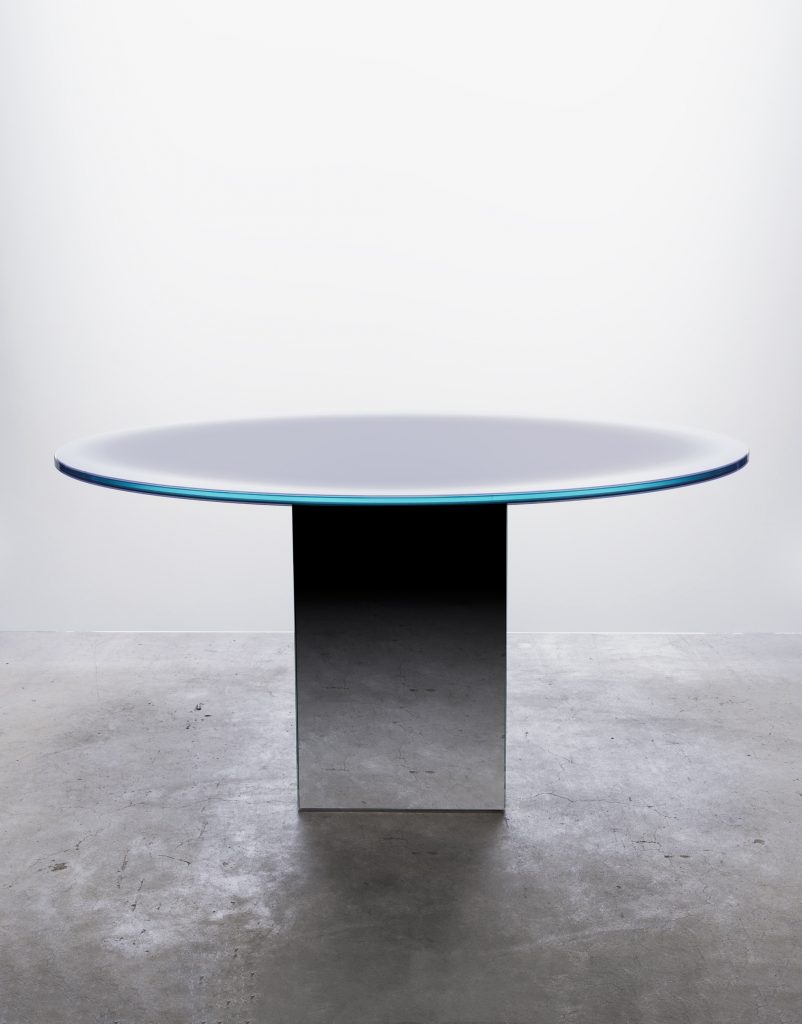